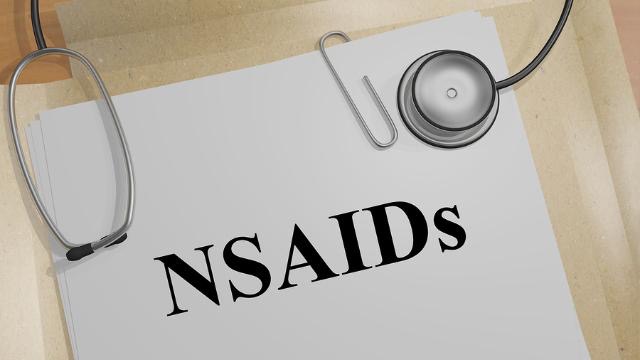 Low back pain (LBP) is responsible for 2.4% of visits to the emergency department, which results in about 2.7 million visits annually. A significant number of these patients wind up with poor outcomes, with many having functional impairments or needing to take pain-relieving medications up to three months after their visit. There are a variety of medications available to treat LBP, with non-steroidal anti-inflammatory drugs (NSAIDs) being some of the most common and effective for some mild cases. Muscle relaxants are also considered beneficial for short-term pain relief, while opioids are commonly used for moderate or severe LBP; however, high-quality evidence to support the use of these drugs is lacking. The combination of NSAIDs and opioids in treating LBP has also not been adequately investigated, which led researchers to conduct a powerful study called a randomized-controlled trial (RCT). The goal of this study was to determine if adding a muscle relaxant or opioid to an NSAID would lead to any greater benefits for LBP patients.

Individuals between the ages of 21-64 who had recently gone to the emergency room for an episode of LBP were recruited and screened to determine if they were eligible. This search led to a total of 323 patients being accepted to the RCT and then randomly assigned to one of three groups: the naproxen + placebo group, naproxen + cyclobenzaprine group or naproxen + oxycodone/acetaminophen group. Naproxen is an NSAID, cyclobenzaprine is a muscle relaxant and oxycodone is an opioid, while the placebo is an inactive pill used to compare results. All patients received 20 500-mg tablets of naproxen, which were to be taken twice a day, as well as 60 tablets of the other medications. They were instructed to take 1-2 of these other medications every eight hours, as needed, and if one tablet was sufficient for relieving pain in 30 minutes, they were told not to take the second. All patients were assessed at the beginning of the study and then one week and three months later for pain, functional impairment and healthcare usage.

Neither added drug brings about any greater improvements than placebo

Overall, results indicated that neither the muscle relaxant nor the opioid provided any added benefit to the NSAID for LBP patients. This was based on the fact that measures of pain, functional impairment and use of healthcare resources were not different between the three study groups at the one-week or three-month check-in. Regardless of the group they were placed in, nearly two-thirds of patients demonstrated significant improvements in their pain and function levels one week later. Unfortunately, 40% of patients were still in moderate or severe pain and nearly 60% were still using medication one week later. At the three-month check-in, nearly one-fourth of patients were still in moderate or severe pain and using medications for it, but only 3% were still using an opioid. This study shows that opioids were not any better than a placebo for relieving pain in LBP patients. Despite their lack of effectiveness, opioids are still commonly used to address painful conditions like these, which has the potential to lead many patients to take a highly-addictive drug that may not even be doing much to relieve their pain. This is why you should strongly consider alternative options like physical therapy for your pain first before taking a dangerous medication that may only lead to further problems down the road.

- As reported in the October '15 issue of JAMA